Climate change has various impacts on society, but future changes are uncertain and a wide gap remains between the scientific knowledge and societal action (mitigation, adaptation). The gap in climate adaptation was partly addressed by the recent growth of climate services, but their local usability is associated to many barriers. France is an example of lacking climate adaptation at territorial level, and this thesis focuses on the Gulf of Morbihan as a case study. My research aims first to identify the role of climate change in the territory, second to support the local development of adaptation planning, and third to explore future climate change through the angle of clustering approaches.

To identify the local role of climate change, I analyze the literature (grey and academic) and engage in field interviews with various stakeholders. Particular features of the territory emerge: the coastal-inland contrast (economy, demography), the socioeconomic life organized seasonally, and the dependence and conflict between agriculture and tourism. The local role of climate change is complex, impacting emblematic activities (oyster farming, salt production), overlapping with existing issues (socioeconomic imbalance, land-use conflict), and affecting agriculture negatively (warmer and drier summers) but tourism positively (longer summer weather). The local experiences are generallyconsistent with scientific knowledge (ongoing changes, link to climate change), although some elements are scarce in local perceptions (heatwaves).

To assist local adaptation, I participated to the experimentation of different foresight activities (scenario workshop, art-science exhibition, conference-debate) with local stakeholders, based on an assessment of climate services and on creative art-design tools (e.g. poker design cards). The main outcomes are two long-term scenarios, multiple short-term actions and several hinge points on which the scenarios depend. The two scenarios represent divergent visions of the territory: continued occupation of the coast despite coastal risks, or withdrawal from the coast and densification of urban areas inland. The scenarios depend on the issue development of urbanization and spatial planning, food and energy autonomy, and demographic balance. The theme of food and energy autonomy concentrates conflicting views between inhabitants, highlighting fears and desires about long-term territorial choice.

My investigation of the territory highlighted several climatic themes (e.g. seasonality of weather conditions) that are linked to atmospheric circulation, but future circulation changes are highly uncertain. To investigate the future seasonality of atmospheric circulation, I classify year-round patterns of geopotential height at 500 hPa (Z500) from a reanalysis and several climate models. Despite their biases, climate models reproduce similar evolution of circulation seasonality as the reanalysis. During the last decades, winter conditions have decreased while summer conditions have increased, and these changes strengthen under future climate change. Yet circulation seasonality remains similar relatively to the increase in average Z500, and the same happens for surface temperatures associated to the circulation patterns. I additionally developed the perspective of a new approach to study the local evolution of weather seasonality, based on the classification of multiple variables (temperature, precipitation, windspeed).

In addition to the effects from future climate change, the Gulf of Morbihan will probably welcome new populations, and an active collective strategy of adaptation is required. Several routes have been featured in my research to address the local needs in climate adaptation, including perspectives inspired from existing climate services in other countries. The findings from this thesis highlight the physical and social dimensions of climate change. 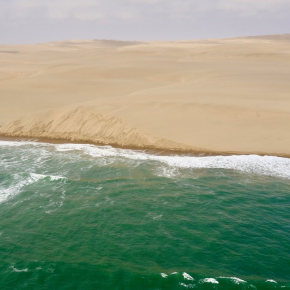 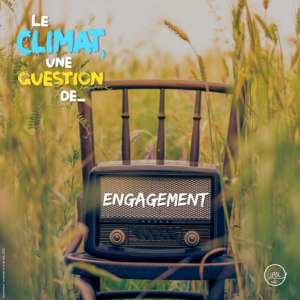