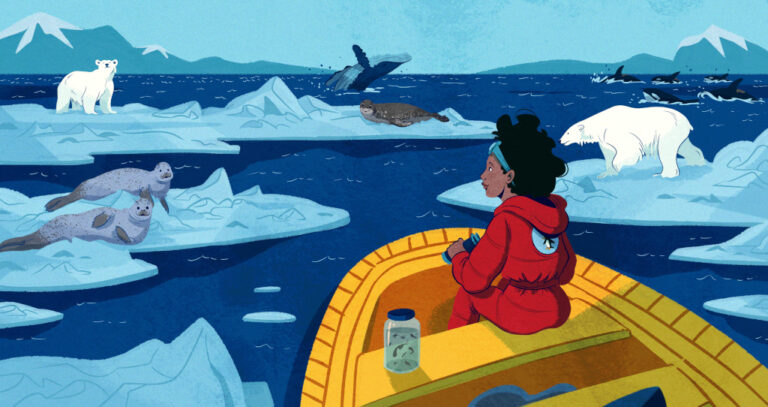 In contrast to the atmosphere – the other fluid envelop of the Earth-, the ocean hosts a large amount of the Earth’s living matter. These marine organisms are an integral part of the climate system. They drive biogeochemical cycles of major elements (e.g. C, N, P, Si) as well as associated trace elements (e.g. Fe, Co, Mn).

They contribute to the partitioning of C between the atmosphere and the ocean on glacial-interglacial time scales. At the same time, the physiology, morphology, genomes, distribution, and community structure of marine populations have been evolving in close connection with the past climate variability.

Therefore, the relation between marine biota and the climate system is a central question also in marine biology, and a pressing one for predicting the evolution of ecosystem services in terms of food security, health, economy, and biodiversity.

The coming decade will be crucial for political decisions about greenhouse gas emissions and the sustainable management of marine resources, calling for a better understanding of biogeochemical cycles and ecosystem dynamics in interaction with climate change. Marine biogeochemistry, ecosystems and resources must now be studied together.

Important questions are on the table such as the biogeochemical and ecological functioning of the mesopelagic and the deep ocean, as well as of ocean interfaces, and the resilience of trophic webs under a growing human pressure and a changing climate.

Moderators of the theme