Subject to periods of drought and extreme rainfall events, the Mediterranean basin is a region particularly sensitive to climate change. These significant risks and impacts of climate change make it a so-called hot spot. But what makes this region special is also the organisation of the societies that inhabit it, and in particular the management of water resources. Jan Polcher, researcher at the LMD-IPSL, outlines the issues surrounding the evolution of the water cycle in this region and the importance of developing refined models at a local scale.

There are several reasons why the Mediterranean basin is an area of interest for climatologists. In this already arid region the effects of climate change are likely to exacerbate current conditions, with periods of drought but also more intense extreme events. Higher temperatures are expected to increase evaporation and increase droughts, resulting in lower average rainfall. These impacts on the Mediterranean basin make it a climate change hotspot where climate issues and strong societal issues come together. “Many countries in the Mediterranean basin use all the water available for human activities, so the slightest disturbance in climate can have major consequences,” says Jan Polcher, researcher at LMD-IPSL in climate modelling focusing on this region.

The use of water resources for human activities such as crop irrigation is already very high today. This is why understanding the evolution of the water cycle as precisely as possible is at the heart of the issues to be dealt with in the future. Decision-makers, stakeholders and industrials need to know the risks and impacts that concern them, on their territory, in order to set up adaptation plans. Jan Polcher emphasises on the efforts made in recent years in observation and modelling that offered a better understanding of possible evolutions in the Mediterranean climate.

From this point of view, researchers have the task of obtaining precise representations at a local level to get further insight on risks and impacts. However, human activities can disrupt the dynamics of the water cycle. For instance, water pumped to irrigate crops will be evaporated and thus flow into the atmosphere rather than into the sea. At the same time, some of the systems in place today to retain water such as dams, may not be suitable for a future climate. “Around the Ebro basin in Spain, much relies on the snowpack that releases water in April for agriculture by filling reservoirs. But if the snow starts to melt in February, this strategy is no longer appropriate: at that time the reservoirs are full and there will be no room to store this inflow,” says Jan Polcher.

Climate specialists have been warning about climate change for several decades, and the message has been difficult to integrate into people’s minds. Now, awareness is growing and the various stakeholders are asking for precise information on how to limit global warming or adapt to the impacts. “These efforts also correspond to a call from society,” explains the researcher. Local actors need to know in concrete terms what consequences to expect with 2°C of warming for example. And this is a difficult claim for researchers because there is also a natural climate variability, but researchers can provide information on the probability of risks and impacts due to climate change. Knowing these probabilities is essential to know if it is necessary to prepare for it and organise accordingly.

It is in this spirit that the IPSL can provide support to companies and local actors through impact studies. Jan Polcher highlights that “it is also our objective today to provide climate services to society, to make companies aware of their vulnerability and to work with them to develop a reflection on the climate parameters that will change”. The interest is to build with local actors the customised climate services they need. As an example for ENGIE it may concern changes in water availability and how this may affect electricity production. And all this has to compete with other aspects of water management, such as agriculture. To do this, researchers need a good understanding of the impacts of climate change at the local level, which implies a good resolution of climate models.

Researchers are trying to obtain clear information on the exchanged flows between the different compartments of the water cycle at the regional level. This takes into account evaporation, precipitation, the functioning of the continental surfaces and the groundwater system and finally the flow to the oceans. The Mediterranean basin has particular underground systems known as karst, composed of highly porous limestone rocks that allow water to flow rapidly into the depths. “The karst systems on the Mediterranean coastline carry the water that falls on the continents directly through the underground systems to the sea, without passing through the surface,” notes the researcher. This can complicate the measurement of water transport at the surface, as the amount of water passing through underground paths must be taken into account. Jan Polcher uses modelling to estimate the subsurface flow based on the amount of precipitation and evaporation.

Other steps, such as the evaporation of seawater, are quite difficult to observe and researchers only have a partial view of them. A rain gauge can be used to measure water quantities but this is extremely localised and does not provide a global picture. Conversely, satellites offer a global view but cannot directly observe the amount of precipitation. This requires complex calculations based on other available information to estimate the quantities of flows exchanged. “At the LMD, the LIDAR team has developed a new methodology to evaluate evaporation spatially through air and temperature movements in order to deduce the exchanged flux,” explains Jan Polcher. Based on the changes in these atmospheric components, researchers can deduce the amount of water evaporated explaining the effects.

One of the tasks of the European Copernicus project was to gather together all the observations. This is to monitor the evolution and try to synthesise this information for the models and establish the state of the different water and carbon reservoirs. Modelling is a key tool, but researchers need to downscale to improve resolution and provide the necessary support to decision-makers. “The IPSL model has a resolution of 11km over Europe, but this is still insufficient. Last year we managed to get a 3km resolution and we are starting to see some interesting things, and we hope to get a 3km resolution on a larger scale,” he explains. A good example of this need is the snow stock, which is not visible on models with too large a grid size because they do not represent the detail of mountainous terrain. “The larger grids are useful but provide partial answers to society’s challenges, and we need to interlock regional high-resolution models into global models to provide an answer to current socio-economic challenges,” concludes Jan Polcher. 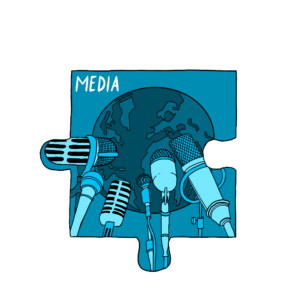 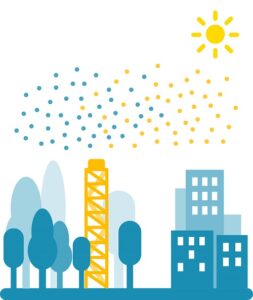