One chapter of the latest IPCC report, released on the 9th of August 2021, is devoted to changes in the ocean, sea level and cryosphere. The impact of climate change on these aspects has many faces, which are already being observed today. Even though the process is the motion and the oceans will continue to warm, the magnitude of these changes will be determined by the choices made today. Jean-Baptiste Sallée, researcher at LOCEAN-IPSL and IPCC author, reviews the main points to be retained from this chapter.

“In this report we highlight that climate change is observed in all regions of the world and is caused by human activities, and the effects of climate change are expected to become more significant with higher temperatures. And this includes major changes in the oceans, which accumulate a lot of heat, absorbing more than 90% of the additional energy due to human activities,” says Jean-Baptiste Sallée, researcher at LOCEAN-IPSL and author of the IPCC’s ninth chapter on the ocean, cryosphere and sea level change. This is reflected in extreme marine heat waves, which are more frequent and intense today than they were in the 1980s. “Their frequency will continue to increase during the 21st century, but at a rate depending on our future emissions,” says the researcher. The increase in frequency of these marine heat waves is twice as great for a high-emissions scenario than for a low-emissions scenario. As with many other climate issues highlighted in the report, this underlines the importance of strong, sustained and urgent action.

The Arctic has lost a great amount of sea ice cover in recent decades and this IPCC report estimates that by 2050 the Arctic will be almost entirely ice-free.  “This is true for all five scenarios considered in this report, but the drop in Arctic sea ice cover is much greater for higher global temperatures,” explains Jean-Baptiste Sallée. “Arctic sea ice cover is completely dependent on the Earth’s average temperature, and this means that a larger decrease can still be stopped by stabilising the Earth’s temperature,” he says. On the other hand, other effects of climate change are irreversible on very large time scales, particularly in the ocean and ice caps. “This is a rather special aspect of this chapter because these are elements of the climate system that adjust very slowly, and make changes in the deep ocean and ice caps irreversible over hundreds or even thousands of years,” the oceanographer points out. But this does not negate the need to act quickly, as the magnitude of these changes will be determined by future emissions.

“Many changes due to past and future greenhouse gas emissions are irreversible for centuries to millennia, especially changes in the ocean, ice sheets and global sea level”– IPCC Summary for Policy Makers

“What we are also seeing, which is clear from past observations and will continue in the future, is an increase in ocean stratification,” adds Jean-Baptiste Sallée. The ocean is becoming more stable and this complicates exchanges of oxygen and nutrients between the surface and the deep ocean. The IPCC is also looking at the effects of climate change and stratification on ocean circulation. There is much less certainty on this point: the IPCC gives little confidence that the AMOC (Atlantic Meridional Overturning Circulation) has already slowed down in the 20th century. And although the intensity of future changes in the AMOC are also difficult to project, the IPCC clearly puts forward with high confidence that the AMOC will slow down during the 21st century. The report also assesses the risks of a collapse of this circulation and the consequences this would have on the water cycle.

As well as the collapse of the Antarctic polar ice cap, a collapse of the AMOC is a low-likelihood but high-impact risk. However, the impact of these situations would be so enormous that it is essential to assess the consequences, even if the chances of this happening are thin. There are still large uncertainties regarding these points because they are linked to processes that are still poorly understood. An acceleration in the melting of polar ice caps, beyond what is thought likely, would have major consequences for global sea levels for instance. If these low-likelihood processes are excluded, the report estimates a rise in global sea level of 28cm to 55cm by 2100 for a low-emission scenario, or 63cm to 1.02 metres for a high-emission scenario. But if low-likelihood processes are included, global sea levels could reach 2 metres by 2100, or 5 metres by 2150 in high-emission scenarios. “Things are more or less set between now and 2050 as far as global sea levels are concerned, but the collective actions and decisions we take today will be decisive for the future,” concludes Jean-Baptiste Sallée.

What is the IPCC ?

Created in 1988 by the World Meteorological Organization (WMO) and the United Nations Environment Programme (UNEP), the objective of the IPCC is to provide governments at all levels with scientific information that they can use to develop climate policies. IPCC reports are also a key input into international climate change negotiations. The IPCC is an organization of governments that are members of the United Nations or WMO. The first working group (WG1) of the six assessment report (AR6) published its assessment on the physical science basis of our climate on the 9th of August 2021. It is the work of 234 international researchers that have analysed the entirety of science literature on the subject. The two following working groups on the AR6 will render their assessment in 2022 respectively on impacts, adaptation and vulnerability and finally mitigation.

Follow Casimir de Lavergne, researcher at LOCEAN-IPSL, Under The Sea to know everything there is to know on the deep ocean.

How do researchers study the ocean? Discover the national observation services OISO with Claire Lo Monaco and SSS with Gilles Reverdin 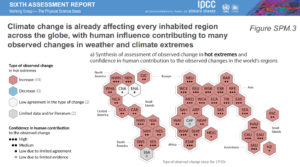 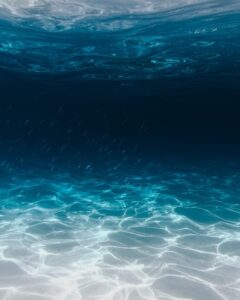 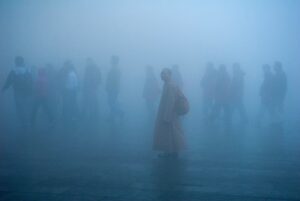 Air quality in the IPCC’s projections