Understanding the effect of clouds on climate

Clouds are a complex issue in the study of our changing climate and remain a major uncertainty for climate scientists for their feedback effect. Large thunderstorm clouds or small, fine threads in clear skies have a very different effect on the radiation budget. Further insight on the formation of cloud fields and how it is impacted by surface and atmospheric warming is central to get a more accurate picture of the magnitude of the ongoing climate change.

Clouds are one of the biggest challenges in climate science. The key is to estimate how clouds will behave in a warmer climate and whether this will amplify or reduce the extent of climate change. Clouds play a considerable role in heat transport and thus in the Earth’s radiation balance. But depending on their shape, their horizontal and vertical structure or their composition, different types of clouds have various impacts. Some of them amplify warming by blocking the infrared radiation emitted by the Earth and keep this energy in the atmosphere. Others reduce it, by reflecting the solar radiation back into space without it reaching the Earth system. Climatologists speak respectively of positive or negative feedbacks. The role of clouds is central to understanding the balance between gain and loss of heat in the climate system and to accurately estimate the magnitude of global warming.

The uncertainties that still surround clouds can be explained on the one hand by difficult observations: measuring instruments are generally either precise but very localized, or global but less precise. On the other hand, climate models do not have small enough grids to represent small-scale mechanisms such as convection and microphysics, which are essential in understanding the life cycle of clouds. Improving our understanding and representation of cloud processes that control their feedback is thus essential for reliable climate change predictions.

Nevertheless, space-based observations with new methodologies provide a global view of clouds over a long period of time. The properties of cirrus clouds (ice clouds) are particularly well-identified by sounders measuring in the infrared spectrum. From these measurements, Claudia Stubenrauch, researcher at the LMD-IPSL, and her team have developed data sets of cloud properties. They contain for instance their altitude, temperature and optical thickness (or emissivity) as well as the microphysical properties of cirrus clouds, and are distributed by the National Data Center for the Atmosphere (AERIS).

Ice clouds in the upper troposphere

Claudia Stubenrauch is particularly interested in clouds in the upper troposphere. They are abundant in the tropics and play a crucial role in the climate system by modulating the energy balance and heat transport, thus affecting atmospheric circulation and precipitation distribution. Their altitude can reach up to 18 km when they reach the tropopause, the layer between the troposphere (lower layer of the atmosphere) and the stratosphere. The formation of these clouds made up of ice crystals is often linked to the convection movement of a thunderstorm cloud. “They are also called anvils, because the convective tower rises in altitude and then spreads horizontally, giving it the characteristic shape of an anvil,” explains Claudia Stubenrauch.

When convection is intense, these anvils can reach a horizontal extent of several hundred km2. In addition, finer cirrus clouds created by in situ glaciation at these very cold temperatures seem to be more frequent around these systems, because their environment is wetter. A comprehensive study of these processes requires a complete 3D description of these cloud systems as well as their monitoring over time. “The microphysics of ice clouds is also complex, with great variability in the shape and size of the crystals and also in their falling speed. The former directly influences the radiative effect and the latter their life span” she notes. That said, these parameterizations have been improved in the LMD climate model thanks to the synthesis of results from a large number of aircraft and ground-based measurements.

Understanding the role of convection on cloud feedback remains one of the greatest challenges of the World Climate Research Program (WCRP). The international GEWEX UTCC PROES working group, coordinated by Claudia Stubenrauch and Graeme Stephens, focuses in particular on understanding the feedback of convective cloud systems. One of the main challenges is to create new datasets and analysis methods to better evaluate the representation of processes in the models. And to advance in the understanding of high cloud feedbacks, a key element is the radiative heating rate. It is determined by knowing the vertical structure of these clouds (vertical extent, ice content and ice crystal size profiles, phase change altitude).

Measurements from ‘infrared’ sounders cover at a specific local time almost the entire globe but cannot penetrate the clouds and do not provide information on this vertical structure. The combination of radar and lidar space measurements visualizes it, but only through very narrow tracks separated by about 2500 km. The idea is then to combine the measurements of the different instruments to complete the gaps of each and obtain a complete view.

Artificial intelligence techniques (‘machine learning’) are here a very useful tool to complete the partial picture of the observations. “By analyzing cloud systems we try to better understand the link between convection, anvil properties and their effect on the atmosphere. These systems are reconstructed by grouping adjacent measurements of the same altitude and by distinguishing convective cores from anvils and thin cirrus clouds by optical thickness”, says Claudia Stubenrauch. Furthermore, the time series show a link between the heating of the upper and middle troposphere by convective systems in warm regions and the cooling in the lower atmosphere by low clouds in subsidence regions.

Overall this is essential to advance the understanding of what a warmer climate may mean for cloud dynamics and their feedbacks. This is part of the research that feeds into the IPCC reports, including the one published on August 9, 2021, “Climate Change 2021: The Physical Science Basis. 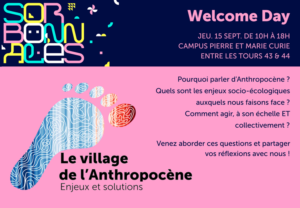 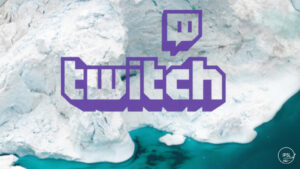 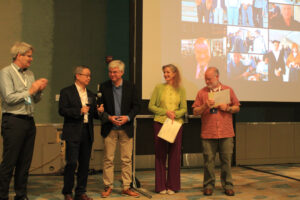