Researchers from the international Belmont-ANR PRISMARCTYC project, counting team from GEOPS and LSCE laboratories, went to Yukon in Canada to collect data on the impacts of Arctic permafrost thaw on the carbon cycle.

Global warming is two to three times greater in the Arctic than elsewhere on the planet. In northern Canada, in the Yukon region, as in some areas of Siberia, the ground is frozen (permafrost) and contains a large amount of ice (70% by volume) making it vulnerable to climate variations. This rapid warming is already leading to permafrost thawing, causing the ground to subside, and the formation of many lakes by melting ice. Organic carbon and other inorganic elements (50% of total terrestrial soil stocks), previously trapped in the permafrost, are released into aquatic systems. Micro-organisms convert the newly available highly biodegradable organic carbon into greenhouse gases, thereby amplifying global warming. 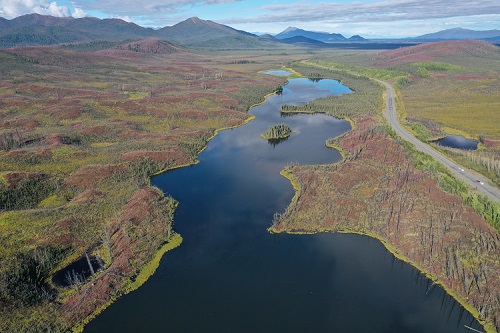 The team of French, Canadian, American and Japanese researchers studied an area near the Alaskan border where many lakes are actively developing as the permafrost thaws. The aim of the mission was to collect water, gas, soil and permafrost samples. Our multidisciplinary approach includes geomorphology, remote sensing, hydrology-hydrogeology, microbiology and geochemistry. 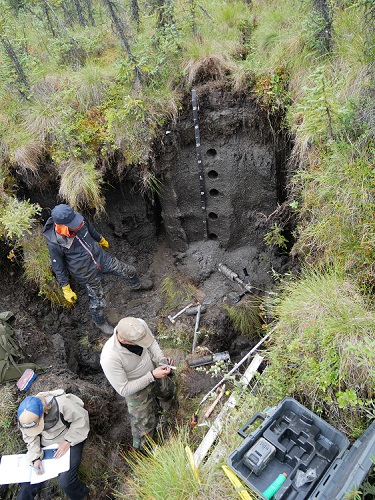 This area of boreal forest subject to frequent forest fires is little studied compared to the tundra to the north. This new site is compared with sites in Siberia already studied by Russian researchers involved in the project. A better knowledge and understanding of the changes in the carbon and hydrological cycle in the Arctic is a fundamental challenge for predicting the impacts of climate change on a global scale. 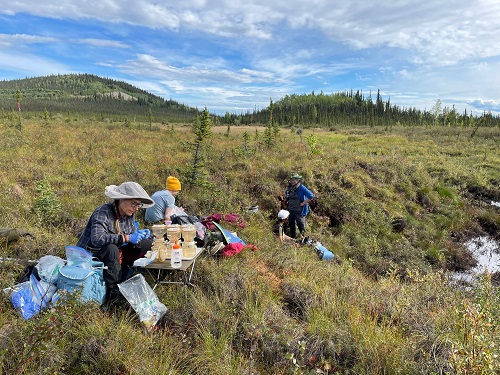