The atmosphere holds various gases and compounds that interact with each other and can affect the radiative budget of the Earth. Understanding these interactions and their future evolutions is a major stake for climatologists who now link climate models with aspects of atmospheric chemistry to get a better view of these mechanisms. Didier Hauglustaine, researcher at LSCE-IPSL, presents here the complexity of these interactions and why they interest climatologists.

The atmosphere is a great cocktail of compounds and gas from natural or human origins that can react with each other to create new compounds. They all have different lifespans. Some like CO2 remain a hundred years in the atmosphere and others like methane only a decade. For some like aerosols and other gas, the journey is in weeks or days. These are called short-lived, and through their interactions in the atmosphere they are a central point for the study of the evolution of the Earth’s radiative budget.

Emissions of ozone precursors (CO, NOx, hydrocarbures) are directly connected to anthropic activities with the combustion of fossil fuel or agricultural and industrial activities. They induce ozone production in the lower layer of the atmosphere, the troposphere, and bring pollution harmful for human health. Ozone production and its evolution implies numerous interconnected parameters, rendering the estimation of its impact on climate complex. Also, pollution abatement policies and thus precursors abatement, have hardly been considered in scenarios of climate evolution.

“We can see it with recent tendencies, especially in China, where estimations on the evolution of emissions don’t necessarily correctly appreciate the pollutants concentrations observed today” indicates Didier Hauglustaine, researcher at LSCE-IPL on modeling the atmospheric chemical composition. “We are working on climate models to integrate the troposphere and stratsphere’s chemistry in the most complete and interactive manner possible, in particular with the INCA model,” he adds.

Aspects of air quality start to be included in climate models, by associating models simulating chemical compounds’ interactions and climate models. “A tight coupling is made between the biosphere, atmospheric chemistry, aerosols and their interactions with solar and infrared radiation in the LMDZ climate model, and the perturbations it involves on climate” explains Didier Hauglustaine. It marks a turning point to get more realistic climate models because pollution abatement policies and legislation necessarily impact the concentration of radiative gas and aerosols. Integrating this into climate models brings sharper estimations of various radiative forcings and opens the door to more realistic scenarios of climate evolution, in particular the ones used by the IPCC.

“Taking into consideration aerosols and tropospheric ozone is essential to properly estimate the evolution of climate in the coming decades, and in the long run long-lived greenhouse gas dominates the radiative forcing” says Didier Hauglustaine. Lots of questions also surround methane, a powerful greenhouse gas but with quite a short lifespan. It can be emitted by the combustion of fossil fuel, but also by flooded areas and especially wetlands and rice-fields, and contributes to tropospheric ozone production. “Methane is an important gas in the fight to reduce global warming and emcompasses numerous uncertainties and discrepancies among researchers, linked to its emissions but also its degradation in the atmosphere” highlights the researcher. Studying how methane contributes to tropospheric ozone represents a major concern for researchers, in particular at the LSCE.

The interactions between atmospheric gas are complex to detect and one aspect quite difficult to measure really interests researchers : the oxidising power of the atmosphere. Precursors bring ozone production in the troposphere, which gives way for one key molecule called hydroxyl radical OH. In the atmosphere it oxidises most of the gas-state pollutants, including methane. Therefore, the more oxidising radicals in the atmosphere, the more other pollutants will be destroyed. Thus their impact on the radiative budget, in the case of methane for instance, will be reduced.

Conversely, less ozone means less hydroxyl OH radical and thus more greenhouse gases like methane. At the same time and for public-health reasons the general goal is to reduce ozone pollution. Following the evolution of this oxidising power of the atmosphere is critical to perceive the evolution of the radiative budget in its entirety. “Understanding how this oxidising power evolves and will evolve in the future is sensitive and different models differ on that point” underlines Didier Hauglustaine. These are indeed parameters that depend on atmospheric chemistry but also on the climate, solar radiation and thus clouds, or water vapor and temperature.

Another point that researchers would like to clarify is the evolution of the nitrogen cycle.  The human impact on the nitrogen cycle is substantial and mainly through agricultural activities. “Three important gases are concerned: nitrous oxide (N20), nitrogen oxide and ammonia (NH3) that contribute to the production of nitrates,” indicates the researcher. And estimating their evolution is not an easy task, especially with ammonia. It is directly linked to our food habits with the fertilizers used for agriculture. “We try to have a better interactive integration of the nitrogen cycle by associating our vegetation model ORCHIDEE that calculates emissions linked to agriculture,” he adds.

Vegetation models like ORCHIDEE at the IPSL are also used to study the emissions of biogenic volatile organic compounds. They are natural emissions but impacted by human activities through land use. These compounds and their contribution to ozone production are a key focus to the study of the current climate and its evolution in the future and are closely monitored. The coupling of atmosphere-climate-biosphere models will help to gain further insight on their interactions and the repercussions on the radiative budget of the earth. Incidentally, they are expected topics for the new IPCC report coming this summer 2021. 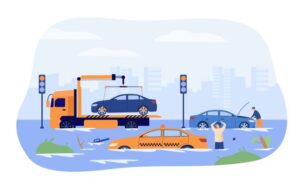 Climate model shows that Venus could never have had oceans 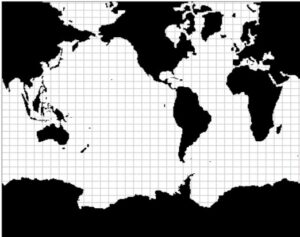 Models to travel through space and time