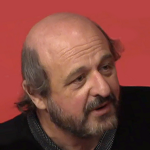 Director of IPSL between 2008 and 2019, Hervé Le Treut built his career on research and teaching at École Polytechnique, at the Pierre-et-Marie-Curie University (Sorbonne University since 2018) and at ENS.

His international reputation has earned him membership of various bodies: member of the board of directors of CEA and IFP, member of the scientific council of IDDRI and GDF-Suez, participation in the Intergovernmental Panel on Climate Change (IPCC) and member of the French Academy of Sciences.

Not only has he achieved a level of renown among his peers, but he has also conveyed powerful messages to a wider public through conferences and the publication of popular works on climate change. Since 2016, Hervé Le Treut has joined Acclimaterra, a kind of IPCC at the local level (Nouvelle Aquitaine region).

Member of the Academy of Sciences since 2005, Hervé le Treut has received numerous distinctions including the Becquerel Prize from the Academy of Sciences (1994), the Dargelos Prize from the association of former students of École Polytechnique and the Leloir Prize awarded by the Argentine government, as well as the Palmes Académiques and Chevalier de la Légion d'Honneur (2011).